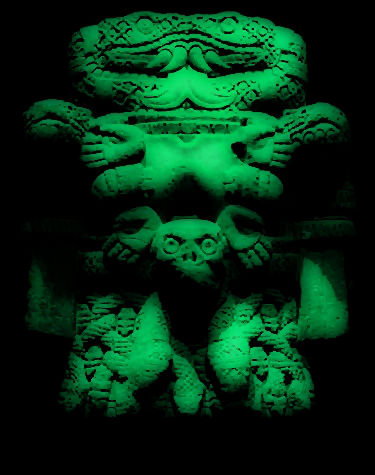 Little is known of this obscure ophidian deity. She is possibly a Great Old One as is her brother, Yig. This page collates the pieces of oft-contradictory information the Castaways learn of this eldritch horror. “Yig has a younger sister, known only as Yig-Shissa which means (in Aklo) ’Yig’s sister.’ She is not nearly as friendly as her wiser, older brother. Yig is good medicine and his little sister is bad—poisons, mutations, and such. The serpentfolk barely know of her, calling her ‘the hidden mother’ but she created them using bad medicine. Seeing they were selfish and proud, she birthed Ydersius as their king and under him they became conquerors. By agreement, Yig and his sister share worlds like Golarion. Here, Yig looks after what you call ‘the New World’ where my ancestors, human and were-serpent, are from. He gave your side of the world to Yig-shissa and her spawn.

“At some point on this world, Yig-Shissa angered her brother. Soon thereafter, Ydersius was slain by a mortal … the serpentfolk were cursed, and became the debased animals known today.”