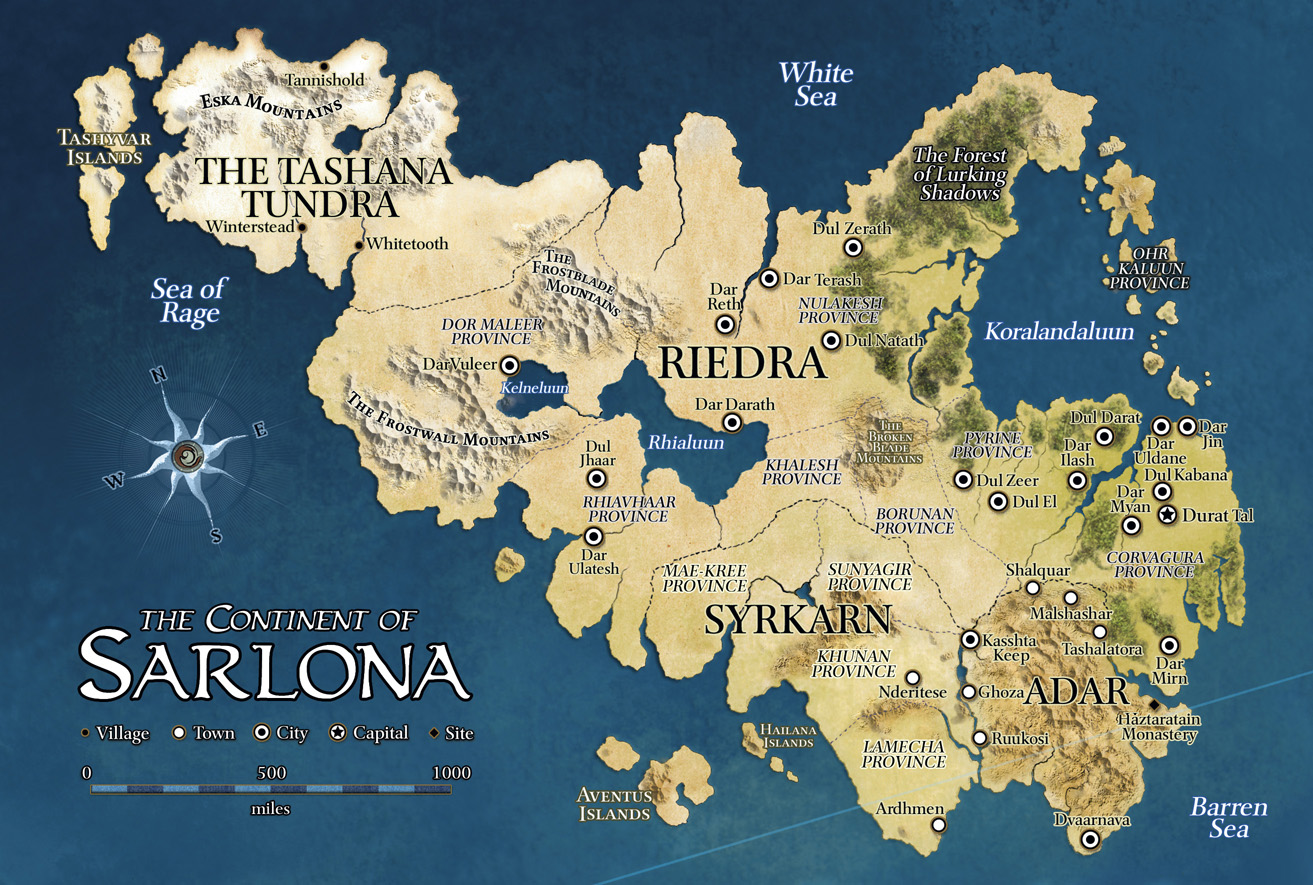 Sarlona is a continent on the planet of Castrovel. It is the cradle of humanity as it was once the only land featuring the presence of the human race. After an interplanetary conflict made most of the rest of the planet uninhabitable to humanoids, Sarlona became the only land containing any kind of civilization. Sarlona is now home to many races, the most prominent being humans, lashunta, elves, and kalashtar.

Though knowledge of the continent is relatively new (roughly a century) to astronomers on Golarion, elves and Vudrani humans have had intermittent contact with it over their respective histories.

Geography: Sarlona stretches from southern tropics to northern tundras and includes a number of inland lakes that are large enough to support navies and maritime trade. It has seas on all fronts. Sarlona’s Northern apex in the Tashana Tundra measured down to it’s southern antapex in Adar is roughly over 2300 miles.

While the most prominent terrain of Sarlona are the hilly rainforests of Riedra, most forms of geography can be found from the Tashana Tundra to the savannahs of Syrkarn and to the mountains of Adar. The weather in Sarlona is more unpredictable and harsher than that of Golarion’s with many storms of which most are focused in Adar. Sarlona suffers from frequent dimensional anomalies—extraplanar breaches, manifest zones and reality storms that effect the creatures, landscape and physics of the land.

Nations and Regions: The nations of Sarlona are fractious and very different. Politics are dominated by Riedra which also takes up the bulk of the continent.

Humans — Castrovel’s humans are the most prominent race, though in Riedra they are ruled by a group of totalitarian dictators known as the The Inspired and have been liberated from their native cultures and faiths. Other humans, especially the primitive human subspecies, live throughout the Sarlona wildernesses in tribes or as hermits and nomads.

The Inspired — The Inspired are the lords and rulers of Riedra, the Chosen vessels of the quori manipulators of Dal Quor who use the nation for their own purposes.

Kalashtar — The counterpoint to The Inspired, the kalashtar are the ancestors of benevolent quori-possessed monks. They are usually confined to Adar.

Lashunta — A matriarchal warrior race who once dominated the planet from their magnificent city-states, the lashunta were displaced from their traditional home continent after a devastating war with the formians. Though they have since regrouped on Sarlona, they are only the second most populous racial group after humans. Lashunta women within Inspired society often occupy important military and administrative positions, while others rule their own independent fortresses and settlements.

Elves — Formerly relegated to their own small continent, the elves of Castrovel have since been forced to migrate to Sarlona, and they proliferate on Adar. Like the kalashtar, elves are the enemies of The Inspired, and see themselves as stewards and traditionalists, keeping alive the ways of the ancients.