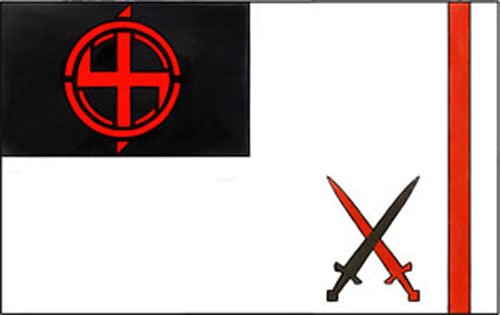 Beset by a devil-binding motherland and inescapable debts to pirate lords, as well as generations of resentment from the nation’s subjugated indigenous peoples, the colony of Sargava remains a bastion of northern culture and civilization in the heart of the southern wilds. Once part of a vast and mighty empire long since fallen to dust, as evidenced by the crumbling ruins still lurking beneath the veneer of lush farmland and verdant jungle, Sargava’s rich landscape is home to fierce Mwangi natives and even fiercer predators of the deep jungle, as well as a dwindling population of northern colonials who seek to uphold their ideals of culture and breeding at all cost, straining against the tides of resentment that may soon sweep them into the sea and return the land to its original owners.

With concerns over their future and tensions rising, Sargava is turning its attention east into unknown—and unclaimed— territory. Many within the government hope to expand their borders and influence and they have issued charters to several groups of mercenaries, sending them into the Mwangi Expanse. These initial charters are simple enough: open new trade routes along the rivers and scatter or defeat the natives or monsters who would make them too dangerous to use. Beyond that, it seems apparent that Sargava wants to encourage new colonies to grow in this region—and believes that by supporting these nascent colonies as allies, it’ll gain wealth and loyal support in any coming conflict with Cheliax or the Shackles. It’s a bold and brilliant political move—for if Sargava turned its own resources to the task, not only would such a move weaken its defenses and stir up its Mwangi subjects to a tipping point, the blatant power grab would certainly force their enemies’ hand. By sending free agents into the jungle and quietly supporting their efforts, the Sargavan government hopes to increase its power without sacrificing its own tenuous stability.

Yet as with most complex and brilliant plans, there are plenty of opportunities for disaster.