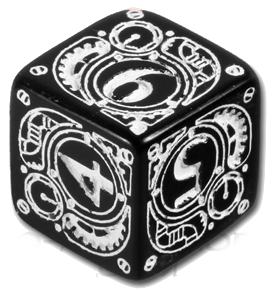 Based on the system created by Arsheesh of Age of Legends

When the chips are down and the stakes are high, it is time for a hero to call upon that intangible inner “something” that sets him or her apart from everyone else in the universe. Call it dumb luck, destiny, or karma, this unique reserve belongs solely to those most extraordinary individuals in an ongoing narrative: the protagonists. While the world may turn and events unfold in the setting according to the whims and wiles of some despotic, morally bankrupt creator-figure, the tale itself hinges upon the existence of its main characters. Without them, there would be no saga, no setting, and no world: indeed, there would be nothing at all!

Fortune Points represent a player character’s unique connection to the story and setting itself. While she might be outmatched by the many villains and catastrophes awaiting her in the campaign world, Fortune Points are an advantage with which to face them that nobody else can lay claim to. They are rewarded as if the unforgiving multiverse itself recognizes the consequences should these champions fail: its own oblivion.

Fortune Points can be used a number of ways. They may be expended in-game to gain small, temporary advantages during a single game round, in which case they are replenished at the start of the next session. They may also be burnt (permanently expended, i.e. lost) in game to acquire a significant, fortune-changing advantage. In a single game session, a character cannot expend or burn more Fortune Points than 1 + character level. Outside of game, any number of Fortune Points may be burnt to acquire permanent boons: increased abilities, skill bonuses, magic items, etc.

There are four ways your character may acquire Fortune Points:

1. Played The Game—At the end of every game session, your tyrannical Game Master will reward you a single point provided you showed up and Played The Game. Played The Game is further defined as paid attention, contributed to the encounters, avoided metagaming, and roleplayed well. Basically, this is a reward for story immersion—being more than a collection of stats and a guy eating pizza1.

2. Learned a Lesson—At the end of every game session, the Game Master will ask you what your character learned. This is not a question of information uncovered during an investigation, but a greater metaphysical conclusion about the world itself, the hero’s place within it, or some insight regarding his fellow adventurers. Your GM may ask you to explain yourself further. An example of a learned lesson might be: “John Fortune learned that even when you kick a bees’ nest, you might find honey. Maybe we shouldn’t have shaken down that bum and goaded the whole hobo camp to rise up against us… but we discovered how seriously the homeless look after their own.” Another example: “Sabata learned that he should treat Lester better. That kid is bound to be King of the Goblins someday and I want to be on his good side!”

3. Raised the Stakes—This campaign will be using an accessory known as Plot Twist cards, of which you get one per level. While the cards allow for basic, rules-defined effects, they alternatively let you alter the plot of the adventure—and sometimes the whole campaign—in dramatic ways. While any sane person might try to use these to find some advantageous angle for her character, you may decide instead to up the ante—you might suggest an interesting complication or make a bad situation worse. When you turn the dial to hard mode this way, you will be rewarded with a Fortune Point or two. And your fellow players won’t mind at all!

4. Contributed to This Site—Think of it as strengthening your connection to the narrative itself, thus increasing your survivability! Posting your character’s journal to the adventure log. Contributing character sketches or other artwork. Editing the entries here to include your own character’s thoughts, suspicions, etc. Submitting memoirs, dreams, musings, and short fiction involving your characters will all net you at least a point or two of Fortune.

How to Use Fortune Points

These bonuses last a single round, or extend a duration by a round. When you expend Fortune Points this way they return to you next game session. Using a fortune point is an immediate action and can always be used to buff an ally, or extend effects granted by an ally. You can double the numeric effect of a round ability which triples the cost.

Encounter abilities require you to burn Fortune Points, that is, they are permanently lost. Burning a fortune point is an immediate action and can always be used to buff an ally, or extend effects granted by an ally.

Now we’re talking! Burning points here allow you to gain boosts above and beyond what is normally allowed a character of your level.

Why worry? People like you have luck to spare, and you know you can blow it casually.
Prerequisites: Fortunate Soul feat.
Benefit: The costs associated with Fortune Point effects are considered to be 1 less than normal (minimum 1).


1 We all like to joke and play to have a good time, and of course that’s allowed within reason. But the game becomes truly great and memorable when everyone focuses and its dramatic moments aren’t cheapened by out-of-character ridicule, movie quotes, and the like. Trust me.