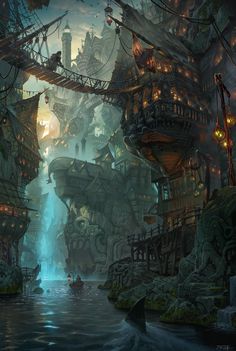 Nemanji‘s adopted home. Here, he ran into Kishtari at the Pirate’s Hook tavern, where the tiefling was observing the Jenivere‘s crew. The savvy kalashtar took an immediate interest in the notorious local demon-spawn and approached him directly. After some awkward conversation, a local ruffian attempted to pick a fight with Nemanji, and the pair prudently recognized that it was a deliberate attempt to bait or gauge him. Realizing he’d probably drawn heat that even his fiendish skin couldn’t take, Nemanji joined his new friend aboard the ship.