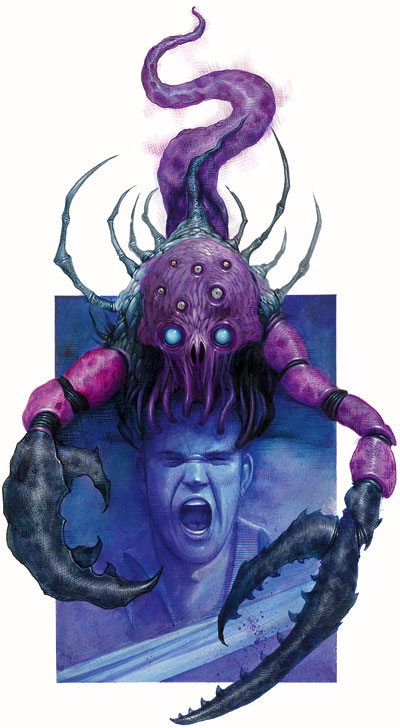 Quori are psionic outsiders from Dal Quor a demiplane connected to the Dimension of Dreams normally inaccessible from the Material Plane. Creatures of dreamstuff and mental will, the quori possess a multitude of nightmarish forms.

The quori are no longer completely cut off from the Material Plane. Centuries ago, a rebel group of 67 quori fled Dal Quor and were able to permanently enter the bodies of willing hosts on Castrovel. These humanoid/quori mergings became the race known as kalashtar.

A few generations later, other members of the quori who had darker plans began to invade the dreams of the people of the nations of Sarlona. They manipulated people to bring about wars, instability, and to direct the breeding of certain beings. After a short time they had perfected special vessels that they could enter despite their home-plane’s remoteness. Part elf, lashunta, and human, these so-called empty vessels could then be inhabited and controlled at will by quori hosts, becoming The Inspired. Through their vessels, the quori appear to be the undisputed rulers of Castrovel.