Serpentfolk artifact allowing for the control of animals and vermin

This stationary artifact was discovered on Smuggler’s Shiv in an ancient serpentfolk sanctuary, a hilltop cave that was once the stronghold of a serpent lord called “Ssialla, Mistress of Beasts.” The slab appears to somehow afford its user mastery over natural beasts and vermin. Appearing so far as little more than a menhir of rock, the artifact’s operation doubtlessly requires it to be excavated from the natural buildup encrusting it, and the discovery of proper rituals.

Even so, the artifact’s magic was able to be tapped ad hoc by its discoverer Monica Montana, who used it to free the mind of her friend Kor’lec‘s animal companion Kai from their enemy Ieana’s psionic domination. 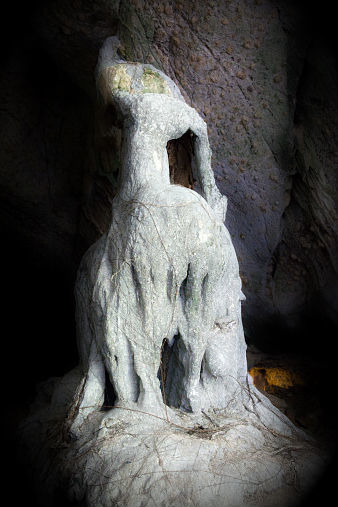