Tlukkah was the leader of the Klixarpillar mites of Black Widow Bluff, a group of seven males who managed to escape death at the hands of the Mongrukoo tribe 25 years earlier. The old mite was blind, but seemed to perceive his surroundings via a mental connection to the hive spiders that infested the northern highlands of Smuggler’s Shiv.

Tlukkah wielded divine magic, and possessed enough skill with alchemy to create a suicide bomb that he kept strapped to his person. Likki accidentally lit the explosive with a torch when the castaways and he confronted Tlukkah and the mite warriors, but it wound up only killing Tlukkah thanks to an astonishing surge of wild magic from Dornas and Kishtari.

Additional information, perhaps too much, regarding Tlukkah’s life were hastily scribed on a scroll found among the mite’s belongings, and claimed as loot by the Shiv castaways. 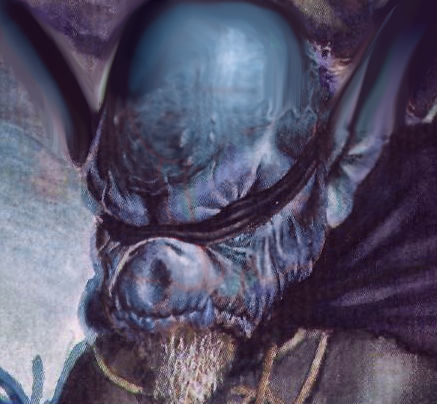