This human girl has tousled red hair and mischievous green eyes, and is missing the pinky finger of her left hand. She bears a tattoo between her shoulder blades—a pair of linked red mantis claws.

Among the Smuggler’s Shiv castaways, Sasha’s connection to the Red Mantis soon became evident, and not just due to the symbol for the notorious assassin cult prominently tattooed on her back. Sasha had considerable martial prowess, trained to wield two blades; a rapier and kukri combination appeared to be her preference. She took to violence with a glee incongruous with a girl her age, and a self-satisfied flair for setting deadly traps. Despite obvious attempts to be vague about her upbringing, Sasha was crystal clear about her paranoid obsession that she was being stalked by a green-cloaked halfling, presumably another Red Mantis. Most of the castaways regarded Sasha’s fears as delusional. Nemanji saw a little of himself in the young human, and made a touching effort to bring her under his wing. Though Sasha seemed receptive to his teachings, she was adamant that she knew more than him.

Sasha’s status as a minor and her immaturity precluded her being invited along on the island’s explorations, but Sasha was indispensable for the base camp’s security as a trap-setter. When the unpredictable girl felt slighted by the other castaways—after another argument about her alleged stalker—she abandoned them in a huff. Monica made an effort to keep Sasha from leaving, though the others were less concerned, the titian-haired teen had rubbed nearly everyone the wrong way. However, it was Jask who pointed out the next day that her skills were invaluable to the campsite’s security and that a minor shouldn’t be out in the jungle alone, no matter how much of a pain-in-the-arse she was. 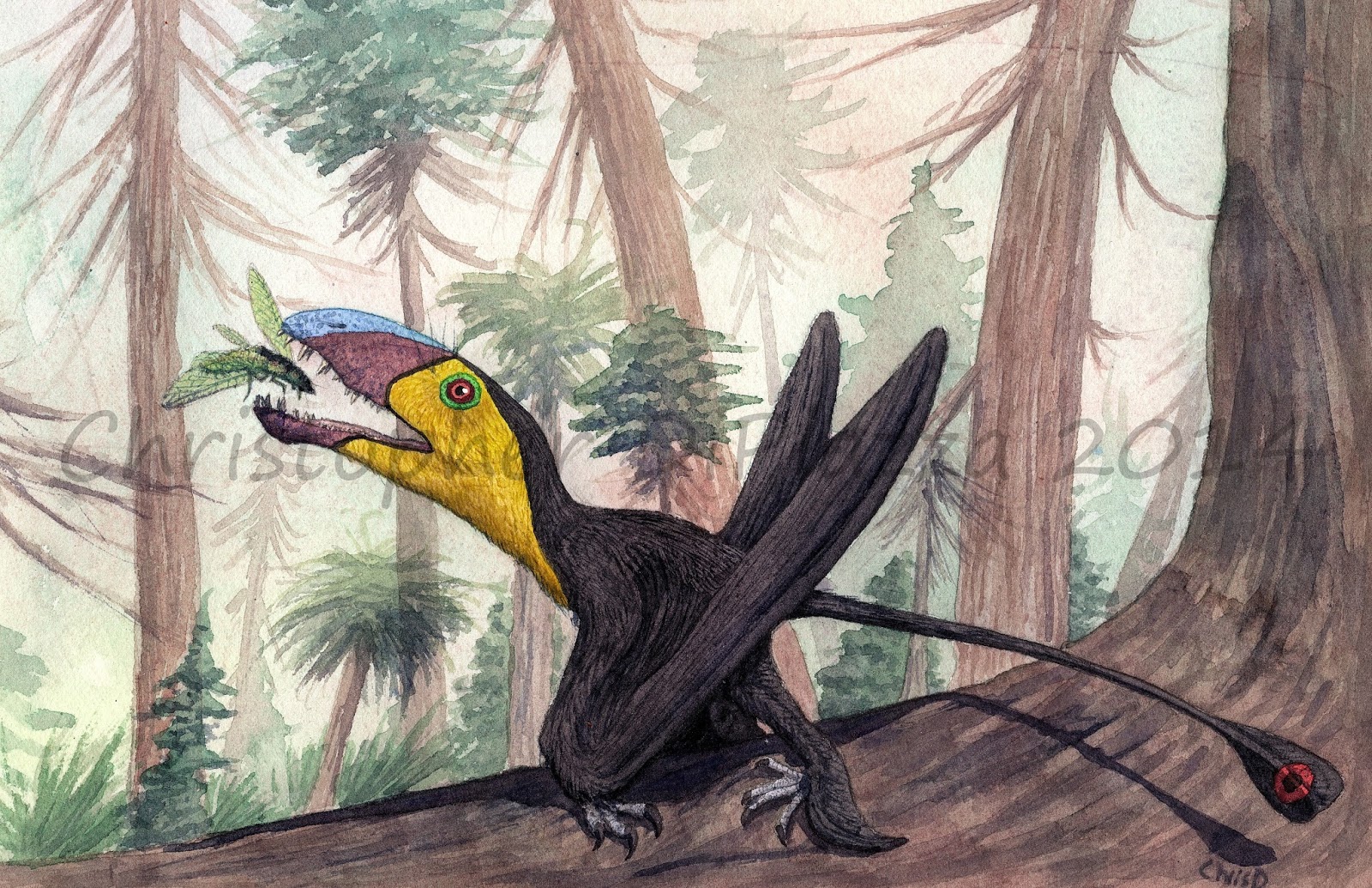 Though her trail was difficult to follow, Kor’lec, Kai, and Nemanji were astute trackers. Sasha was soon located approximately two miles south of the base camp, on the shore of the Shiv’s inner lagoon. The girl was found just as she was being overwhelmed by a flock of flying, toucan-like reptiles called dimorphodons. The beasts were also poisonous, and had bitten several chunks off the young, budding ranger. The heroes quickly dispatched the animals and saved Sasha’s life, for which she showed gratitude, if not humility. Sasha thought the winged reptiles were “adorable” and dearly wanted one as a pet! When Nemanji helped Sasha get hold of one of the creature’s eggs (the attempted theft being the reason they attacked her in the first place) she vowed to be more respectful—and also promised to be dutifully responsible for the dimorphodon chick’s care.

Sasha felt she owed Gelik a debt of gratitude after the gnome pushed her out of the path of Avret Kinkarian, an angry ghost that haunted the Brine Demon, the scuttled brigantine that served as the Castaways’ second base camp. Knowing that Gelik wanted to plunder the Nightvoice for his own reasons and that the rest of the castaways had little interest in doing so, Sasha offered to help him do it on their own. Probably also, Sasha was bored with guard duty and wanted to adventure herself.

Their escapade didn’t go smoothly. Aerys opposed them, but Gelik charmed the pirate into coming along. In the jungle, the trio encountered ghouls that taxed their curative resources and left Sasha infected with ghoul fever. Pressing on anyway, the would-be adventurers were completely unprepared for the fungoids that defended the gray islet where the wreck of the Nightvoice lay.

Sasha abandoned the others and barely escaped capture. Terribly wounded, the teenage assassin crawled into a cavern that sloped sharply downward and that was covered with slick gray mold. Unable to climb back up and preternaturally hungry from her burgeoning ghoulishness, the girl devoured the toxic mold whose spores would germinate and create new fungoids within her.

In an ironic twist, she was rescued in time with the help of Tyst, the very same halfling she believed all-along was stalking her. Suffering greatly, she implored the lycanthrope ninja to finish her, though Tyst had amnesia and had only vague memories of his own association with the Red Mantis. The party were able to use their last antitoxin to halt the poison, but Sasha’s disease remained. Forced to leave the young woman on the deck of the Nightvoice to rescue Gelic and Aerys, Sasha again poisoned herself with the mold. As the group rushed with their poisoned friends for healing at Aycenia’s grove, Sasha giggled semi-deliriously about having “babies in her” and continued her slow transition to necrophagous undeath.

Aycenia and Kor’lec were able to treat the fungal toxin. When the adventurers left Aerys, Gelik, and Sasha at the dryad sanctuary to retrieve Jask from the Brine Demon, Sasha hadn’t completely shaken off the ghoul fever.

Sasha recovered from her illness, but in the process became more erratic and malign. Blaming them for Nemanji’s loss, her contempt of the other Castaways was only thinly suppressed, but for the most part, Sasha was ignored. The huntress spent many hours away from Aycenia’s grove and alone. When the group returned to their hilltop refuge with Tyst, Sasha became even more furtive, but was often caught mumbling and giggling as if she was in on a joke only she knew the punchline to. As the full moon loomed and the group concentrated on preparing the Thrunefang’s lighthouse to signal the shipping lanes, Tyst noted that Sasha was taking pains to conceal something beneath her straw cloak and resolved to investigate it when the lunar cycle passed.

Amongst their rescuers on the Red Gull, the tight quarters afforded Tyst an opportunity to find out what Sasha was hiding, though the teen ranger proved quite canny to his presence. He did learn that she’d taken to praying regularly to the murderous Achaekek, an assassin god worshiped by the Red Mantis. Finally, Tyst confronted her.

With a little charm, the halfling convinced her that he truly wanted no part of the Red Mantis, as they’d clearly turned him into a weapon against his will. The amnesia he suffered seemed to have wiped away a part of him he was happy to be rid of, though their training and the lycanthropy they’d inflicted upon him remained. Sasha seemed moved, and made Tyst pinky swear that he’d never try to return to Mediogalti. Sasha planned to tell the Mantis that she’d overcome the assassin they’d sent to kill her (presumably Tyst) and didn’t want anything to mess up her triumphant return to the cult. The werebadger agreed and pinky-swore.

From that moment, Sasha was again her gleeful, murderous old self. When the Castaways were forced to hijack the Gull, the young girl reveled in the opportunity to cut throats. Sasha was the first to discover the bosun Frithoth’s macabre collection of humanoid trophies, describing it as “hilarious.”

Perhaps to everyone’s relief, Sasha quietly ditched her “companions” as soon as they made landfall in Suum’tero. 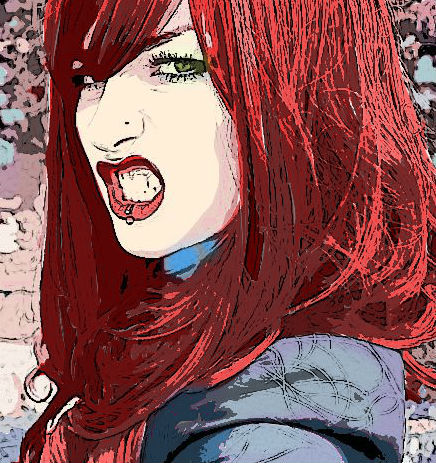