Boon? Yes, Favor. Samaritha can hide the PCs or others they designate within a secret sanctuary for up to 3 days. She can also heal wounds, plant false evidence implicating an NPC in a crime, or poison a patron of her tavern.
Contact? Yes, Gossip, Trust 2
Relationship? Yes, Tyst, 2 (Romantic)

Samaritha, who performs as an exotic dancer named “Satanica,” is a skinwalker descended from Caldaru wereserpents whose lineage originated in ancient Arcadia. She owns the Naga’s Notch Inn of Suum’tero, and is a priestess of Yig, an obscure and marginally benevolent snake god little known outside the forests of her ancestral homeland. 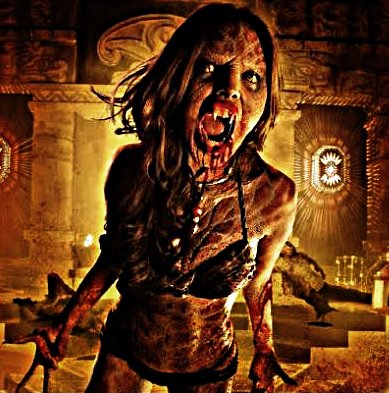 Samaritha was initially encountered by the Castaways as an exotic dancer performing under the name “Satanica” at the Naga’s Notch inn. The party eventually discovered Samaritha owned the place. The alluring woman performed scantily clad—wearing only red/black lingerie, a feathered golden tribal headdress, and a feathered cape. With her on stage was an enormous albino python (named Quixla), Samaritha’s animal companion. The snake motif of her performance was a temporary cause for the Castaways’ concern.

A woman of many facets and secrets, Samaritha was quick to forestall Tyst from involuntarily transforming and revealing his lycanthropy in the middle of a barroom brawl between the Castaways and bunch of M’bulazi bullies. The dancer whispered a singsong prayer to calm him, covered the morphing halfling with a tablecloth, and spirited him down to a hidden cellar. The spacious excavation was a sort of secret base for the port town’s anti-slavery conspirators, which, sadly, consisted of only herself, Sheriff Red and Rashoom. Safe and out of sight, Samaritha revealed to Tyst she was a distant descendant of wereserpents, and sympathetic to her fellow moon children. Tyst was immediately and understandably smitten with the skinwalker, and didn’t hesitate to offer his and his companions’ service in ridding Suum’tero of the M’bulazi.

Monica and Dornas noted that Samaritha and Quixla both bore a crescent-shaped mark in similar places on their foreheads, but could only determine that it was unusual. Samaritha also spat and referred to the serpentfolk as “the Forsaken” when Monica mentioned them, a tantalizing tidbit Monica resolved to ask the skinwalker about it.

Samaritha admitted that she was a disciple of Yig, a Great Old One worshiped by nomadic tribesfolk in Arcadia. According to her oral liturgy, Yig and Yig-shissa—the progenitor goddess of the serpentfolk—were brother and sister, but Yig-shissa was corrupt and ambitious while her wise brother had more natural, earthly concerns. The serpentfolk were the result of Yig-shissa trying to create life using her “bad medicine” of poison and mutations. The Great Old One birthed Ydersius to be her herald and king to the serpentfolk. At some point, Yig-Shissa angered her brother so he cursed her children to devolve into savagery, an act that ensured the end of their empire. 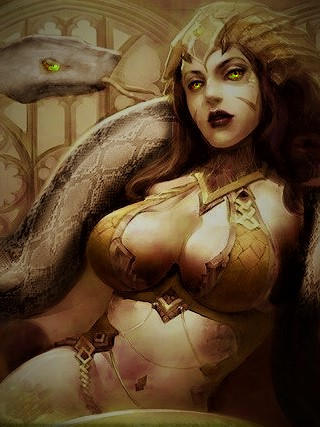