There Will Be Blood? Yeah, that guy.

The Jenivere belonged to a wealthy and ambitious retired pirate lord, Lord Maragorn. Maragorn was a Bloodcove-based entrepreneur, and one of the richest and most powerful men in Bloodcove. He did business with the Aspis Consortium but was not himself a member. His wealth was built on a background in piracy, though his major legal operations involved salvage, shipping, investing, and lending. His less savory operations were rumored to include smuggling, slave trading, and usury.

The Jenivere was Maragorn’s pride and joy, the ship he used to raid with, once the flagship of his pirate fleet (when it was known as The Stardagger) and more recently the flagship of his merchant navy. Captain Kovack was basically his employee, shipping passengers and trading high-priced goods up and down the Garundi coast. 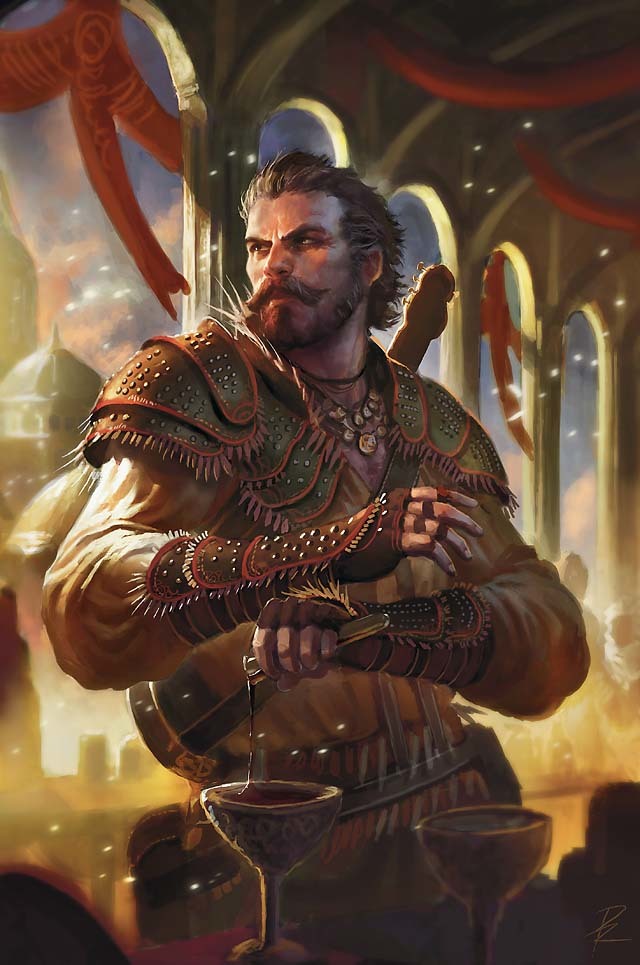