Cassandra, second daughter of the Chief of the Kallijae tribe, was as gifted as a druid as she was beautiful. Tales of her beauty and wisdom spread throughout the Mwangi expanse. So, when she had finally come of age, it came as no surprise when suitors began to offer her countless trinkets and exhibitions of strength. She had spurned all of their advances and instead dove deeply into the arts of divination and astrology. That was until he came. Maybe it was a rebellious act of a daughter, or maybe she sensed some destiny within the man… nobody really knew. He had left as quickly as he had come, his name lost to time, meeting his end in some gutter or the wrong end of a game of chance. What he did leave behind was a son: Kor’lec. Growing up, Kor’lec never really felt out of place, but he always knew there was something more for him outside of his tribe. He was trained by his mother, and took to his studies with an insatiable appetite. He soon distanced himself from the younger druids. Like his mother he showed an interest in divination, more specifically, oneiromancy. While his studies never really led anywhere, he was able to enter a state of lucid dreaming, occasionally seeing glimpses into the future.

In one of his dreams he saw something he never thought he would ever see: His father. After weeks of contemplation and consul will his mother, he knew what he had to do.

He left to explore the expanse with little more than the love of his mother and an amulet of the Kallijae. He journeyed out to decipher meanings of his dreams. Was his quest to find his father? Destiny? himself? All will become clear with time. 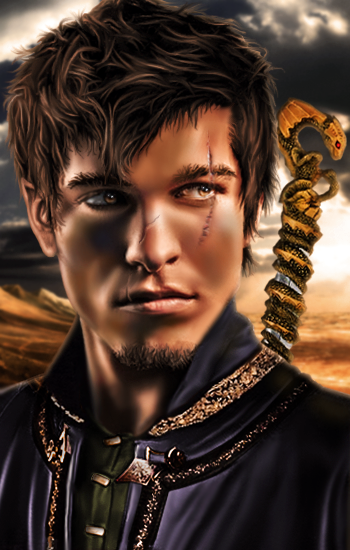