A middle-aged, plain-looking Garundi man with hair starting to gray and watery eyes.

A prisoner loaded aboard in Corentyn, Captain Kovack saw to this taciturn human needs with curt courtesy, but insisted he be left alone, sequestered in the ship’s brig.

Jask claims he was once employed by the Sargavan government, but when he uncovered evidence of corruption involving illicit deals with the Free Captains of the Shackles, Jask confronted his superior, only to be betrayed and framed for the same crimes. Faced with imprisonment, Jask fled all the way to Corentyn, where he lived a modest life as a scribe for a decade.

He’d thought his enemies in Sargava had forgotten him, but then a Sargavan agent caught up with him and put him in irons. The agent handed Jask over to Captain Kovack of the Jenivere with instructions to return Jask to Sargava for trial, but the captain disappeared during the shipwreck, leaving Jask alive but bound. After they located his manacle’s keys at great personal risk and returned to him his gear, Jask also revealed he was a priest of Nethys, and put his fate and loyalty in the hands of his rescuers.

Among the castaways on Smuggler’s Shiv, Jask chose to remain at camp most of the time, his advanced age making anything more a risk to his health. Even so, he comported himself bravely during attacks on the camp. Jask supplemented and maintained the camp’s food stores, scavenging edibles from the nearby tidepools and using his magic to prevent rot from setting into the food salvaged from the Jenivere. He served also as a surrogate healer and counselor, and his advice seemed to carry a great weight among the adventurers. When Sasha abandoned camp in a fit, Jask encouraged the away team to try and bring her back, concerned that a minor shouldn’t be out by herself, even as one as well-trained as Sasha seemed to be.

Jask revealed with some hesitation that he believed evidence of his innocence might be found among the remains of a ship called the Brine Demon, thought to have wrecked on the island. The ship was captained by one Avret Kinkarian, a Shackles pirate who was part of the defalcation scheme for which Jask took the fall.

The adventuring Castaways eventually located the Brine Demon and documentation upon it that exonerated Jask, though getting the evidence to the proper authorities on the mainland was out of everyone’s hands at least until they escaped the Shiv. For their efforts, Jask revealed to Dornas, whom the old cleric had taken an interest, mantras that helped one focus one’s magical concentration. Jask revealed that he saw much of his patron deity Nethys manifest in Dornas’s manner and attitude, though the magus insisted he had no religious inclinations.

When the Castaways conquered the Brine Demon and made it their new base camp, Jask happily continued the tasks he had previously been assigned. When Gelik, Sasha, and a magically compelled Aerys secretly set out after the Nightvoice on Gelik’s behalf, Jask was abandoned and left to fend for himself. This made him an easy target for the Thrunefangs, who destroyed the derelict brigantine and dragged the old priest away. The attack was not discovered by the adventurers until at least a day after it occurred.

Jask was rescued from the Thrunefang camp before he was to be sacrificed and eaten. In the process, the Castaways decimated the tribe’s members. Jask accompanied the adventurers into the cavern beneath the cannibals’ encampment, after the priest had advised making haste to rescue Captain Kovack from where his controller, Ieana was known to have left him. Despite his poor general health, Jask proved capable against the tunnels’ ghoul population, though a brush with death after being skewered by a skeletal serpentfolk exposed him as long past his prime.

The Castaways were eventually taken away from Smuggler’s Shiv and made landfall at the settlement of Suum’tero. There, Jask cried as when his bare feet touched the white sands of his birth-continent. Despite a touch of fatigue, Jask enjoyed a night at the local inn with his rescuers and dear friends before setting out to Eleder in the morning with the papers proving his innocence to the Sargavan authorities. 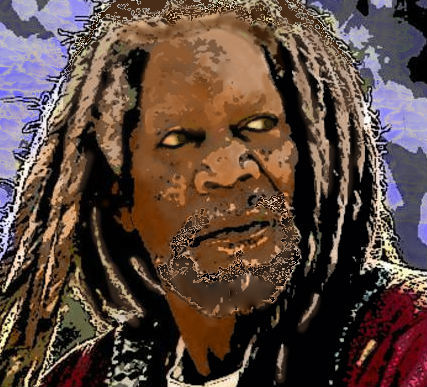