A spry, energetic gnome with blond hair and a neat goatee. He dresses like a noble at all times. His fine clothes always seem freshly cleaned. Only the ink stains on his fingers break the illusion of a proper gnome nobleman.

A sharply dressed gnome from Magnimar, Gelik spent much of his time on the Jenivere writing in the ships’ common areas, and taking every opportunity to tell long-winded stories, boast of past journeys, or quip about anything in his field of view.

As a castaway on Smuggler’s Shiv, Gelik took great effort to appear extravagantly noble at all times (“If you can’t take the time to dress properly, no one will take what you have to say seriously—and they’d be right not to!”). With liberal use of prestidigitation, his fine clothes always seemed freshly cleaned. Only the ink stains on his fingers would break the illusion of a proper gnome gentleman (“If you don’t have ink stains on your fingers, no one will take your writing seriously—and they’d be right not to!”).

Despite the desperation of everyone’s situation, Gelik seemed to take it inordinately well (“a proper gnome welcomes the unexpected!”). The gnome took an immediate interest in Monica Montana, as a fellow scholar and a potential romantic partner. When he made a crude pass at the woman (“your hair color, do you have any gnome in you? Would you like some?”) he was probably surprised to find her receptive.

Though he annoyed nearly everyone with his bravado and pedantry, Monica defended him. Gelik failed to acquit himself admirably during an attack on the castaways’ base camp by the Mongrukoo goblins. The gnome fled, and was eventually tracked down by Monica, Nemanji, and Kor’lec. Monica was nice enough to pretend that Gelik’s explanation (“everyone agreed to withdraw and retake the camp later!”) was true.

At the Mongrukoo feast, Gelik was visibly distressed, and Monica comforted him throughout the night. Gelik admitted he was not cut out for the field, but he wanted to write about Monica’s adventures for the Pathfinder Society chronicles, or perhaps for public consumption! On the way back to camp, Gelik revealed an old story about a Pathfinder ship called the Nightvoice that went missing in nearby waters. The crew was after a legendary treasure buried on Smuggler’s Shiv and the gnome stated that they possessed the only known map revealing its location, “Since we’re already here on the Shiv, what’s the harm in becoming fantastically rich before we leave?”

As the days on the Shiv passed, Monica and Gelik grew touchingly close, though the rest of the castaways remained annoyed by Gelik’s cowardice and pomposity. The only change occurred was when he befriended Sasha after pushing her out of the path of a restless ghost aboard the Brine Demon.

Deciding that the adventurers were never going to take up his suggestion to explore the Nightvoice, Gelik and Sasha conspired to go themselves. Aerys tried to stop them from abandoning base camp, so Gelik magically charmed the pirate into coming along. Their adventure did not go well.

An encounter with ghouls left the trio wounded and bereft of healing magic — and completely unprepared for what awaited them on what had become known among the Castaways as the Isle of Never Going There. Ambushed by the islet’s fungoid defenders, Gelik and Aerys were captured. Both he and Aerys were gimped and brought to the Nightvoice, where the fungoids sprouted from the bowels of those they forced to eat the islet’s toxic mold. Fortunately, the captives were rescued before they succumbed to the fungi’s poison.

Sensing that the party were angry enough to punitively kill him, Gelik made up a story about being a secret government agent whose mission involved the Nightvoice’s cargo. This seemed to take the heat off, though it didn’t earn him any more respect or trust. He admitted that the story was a lie to his girlfriend Monica, who asked the gnome to come clean to the rest. Gelik argued that if he did that they’d certainly murder him, and he wasn’t even sure Aerys wouldn’t do it anyway.

Gelik finally confessed he was lying about the “spy story” after several days, the night after the Castaways returned from rescuing Jask from the Thrunefangs. The admittance pleased Monica, who’d considered ending her romance with the gnome. Gelik tried to make amends to the rest of the adventurers, and non-magically coerced Jask and Aerys to accompany him to Red Mountain to help the Castaways complete the Tide Stone ritual. Gelik’s participation was instrumental in the final stages of the rite, allowing his friends to reach the subterranean ruin where Ieana was finally confronted.

When the Castaways were finally rescued from Smuggler’s Shiv, Gelik and Monica finally agreed to part ways once the team made landfall in Suum’tero. The break-up was mutual, with Gelik purporting that he needed to return to Magnimar; and Monica resolutely committed to remaining among those of the group investigating Ieana’s findings and the greater serpentfolk agenda. 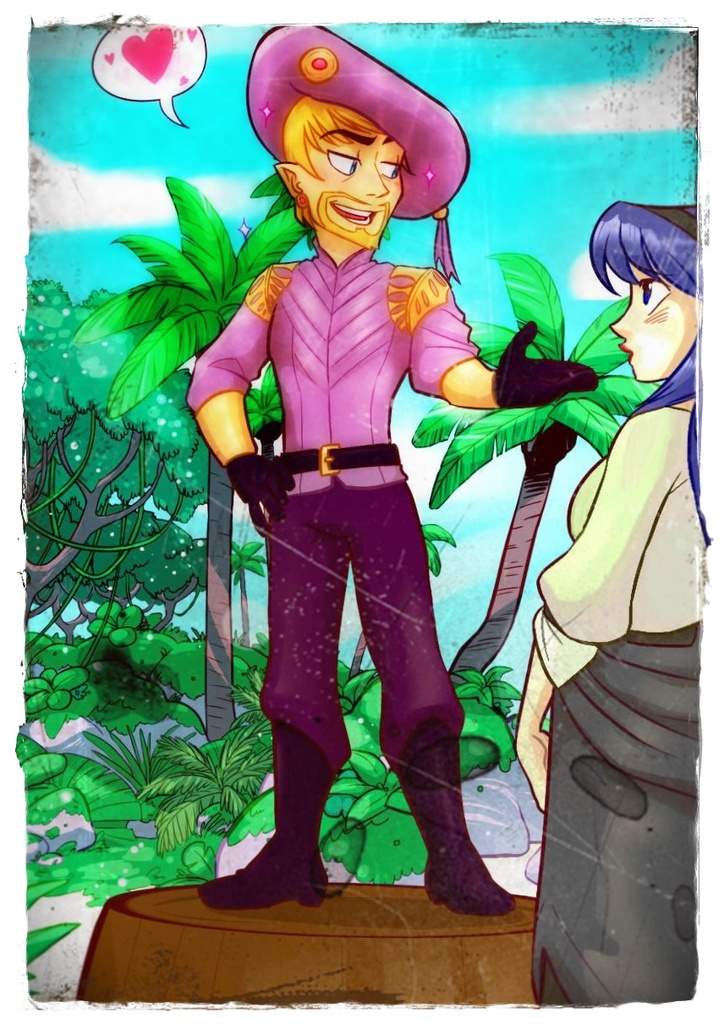