Though he stoops like a bandy-legged primate, Cenkil towers over his fellow monkey goblins at 5’ tall. He has simian hands and feet, and a long, ratlike tail. Like those goblins who manage to survive to middle age, not only is Cenkil bigger, but grizzled and hairier, with dirty, matted green-gray fur. Likewise, he has lost the round-baby face of his younger kin.

His brother and he led an expedition to Black Widow Bluff at the behest of their father to investigate an old shrine the monkey goblins believed was to Mechuiti, but his party was ambushed by Klixarpillar mites and hive spiders. They lost many braves and their witch-doctor. Cenkil advocated a tactical withdrawal back to his tribe’s village, while his brother argued that they should rescue those of their warband captured by the mites. This argument got heated, and was partially heard by the Castaways though they could not understand the goblinoid words. The brothers parted in anger, with Likki going off alone.

When the Castaways were themselves ambushed by Klixarpillar snipers, Kishtari telepathically implored Cenkil and his injured braves for aid, and the two groups worked together to route the gremlins. Cenkil took an immediate shine to Kish, who gave him what he considered a kingly gift in the form of a bottle of expensive brandy salvaged from the Jenivere. Cenkil then considered the Castaways friends and asked them to find and safeguard his brother. In exchange, Cenkil promised to help the Castaways fight the deadly diseases common to the Shiv which the goblins possessed medicines for.

During the drunken, hallucinogenic revelries of the feast thrown by the Mongrukoo to honor the Castaways’ victory over the Klixarpillar, Cenkil attempted to seduce Kishtari, whom he offered co-leadership of the tribe should she help him wrest leadership from his father. He appeared to possess a genuine affection for the kalashtar, and gave her a magical spear.

Cenkil was a little sore to learn that Kish had in turn given the spear to his little brother. Even so, he made overtures of marriage using Likki as a go-between the few times the younger goblin returned to the Mongrukoo territory.

Eventually, Cenkil assumed leadership of the treetop village when his father opted to leave it rather than duel to the death. Though this robbed his son of the opportunity to make succession the bloody spectacle the entire family could enjoy, Basako felt they’d both need their strength. Before leaving, the elder goblin cryptically ensured his son that there was a far greater battle to make ready for. Cenkil thickly assumed this meant something was up right away, though the old tiefling was actually referring to an inevitable wave of human colonists and explorers. Cenkil took a warband to Red Mountain where scouts had spotted Thrunefang cannibals, including their chief, following Likki and his friends. Expecting to save his brother and bride in the nick of time, the warband arrived just as the Castaways, mostly Kishtari, obliterated their would-be Thrunefang ambushers.

Cenkil admitted to his fiancé that he’d prefer a quieter (i.e. weaker) bride. Kish took the break-up in stride, but warned Cenkil that he was merely keeping the chieftaincy warm for Nemanji II. 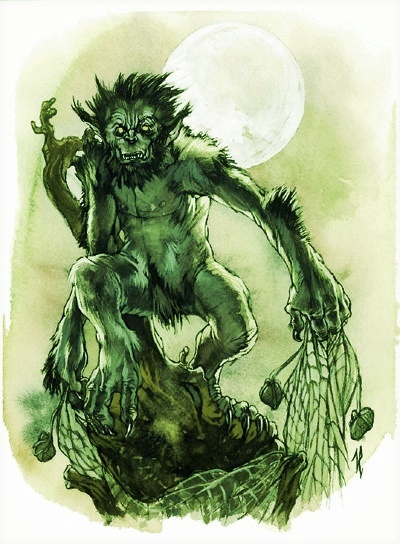