Every normal man must be tempted, at times, to spit on his hands, hoist the black flag, and begin slitting throats.

In our last adventure, our ragtag bunch of misfits proved once again to be a force with which to reckon, even in the face of one of their owns’ desperate betrayal. Despite Monica Montana’s perfidy, our heroes went, as they say in Riddleport, “strait-up gangsta,” and hijacked the ship that had rescued them from Smuggler’s Shiv. To be fair, the Red Gull was a tempting prize, and lest we forget that this saga concerns the exploits of heroes, their “rescuers” were crooks working for Maragorn, a Bloodcove-based crime boss.

And some of them were much worse.

Make Do and Mend

Back in the ship’s cargo hold, Monica had somewhat listlessly tried to explain her treachery to the rest of the party before abruptly fainting. Gelik was immediately at the woman’s side and eased her down to her bedroll. “She’s feverish,” the gnome stated. The concern in his voice was sincere as he fanned his girlfriend’s perspiring face with his little hand.

Jask looked her over. “Pale, too. Hmm. She’s behaved erratically?” asked the cleric, who’d caught snippets of the past few minutes’ subject matter. "She shot Kor’lec," Dornas noted, “so yes.”

“We’ve seen this before I think,” Jask explained, “was she recently injured? Maybe in standing water?”

“Probably?” answered Kishtari, shrugging. “That’s pretty much been our lives every day this month.”

“I would like Kor’lec’s opinion, and I’d ask for Nethys’s guidance to be sure…” the old priest hesitated.

“Brainworms,” supposed everyone, with a collective groan. 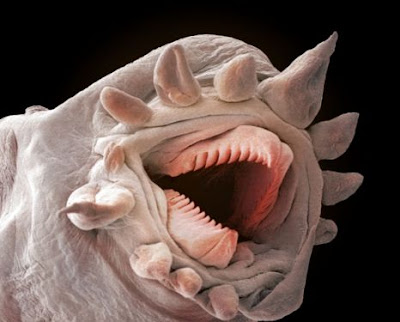 Aerys had been steering the Red Gull, and allowed herself to give in to the joy of becoming as a single entity with the many tons of wood, pitch, and sailcloth that surrounded her. There was one thing the born and bred buccaneer knew she had in common with all ships—save for the caprice of the sea, every and any moment might be the last. The Shackles salt gripped the wheel and allowed herself a moment to muse. She opened her eyes and whispered to the helm, then again to the sails, “what ails you old gal?” The Gull seemed to moan her response. Aerys couldn’t put it off any longer. Her friends were the masters to be sure, but their new ship didn’t just need a pilot. She needed a captain.

“Lookout!” Aerys called to Kor’lec in the crow’s nest.

Aerys’s fellow elf-blood had been explaining “wreck-born” culture to a thoroughly confused and easily distracted Likki. For the past few minutes, Kor’lec attempted to make the monkey goblin understand civilization when, for one, Likki learned only a few weeks ago that people weren’t just easy meat that appeared on the beach as a gift from the gods; and secondly, it barely made sense to the druid, either. Likki’s brow furrowed. Maybe the little guy was better off in the jungle. Maybe, he wasn’t the only one.

“No, that not it,” answered Likki when Kor’lec apologized for confusing him. The oracle related an earlier experience in which he overheard one of the sailors refer to him as the Castaways’ “pet.” The monkey goblin would have a tough time in the world beyond the shores of the Shiv. Kor’lec brooded. The rest of the Mongrukoo would have it worse when that world came to them.

The fellow theists certainly had more to discuss, but Aerys had called for Kor’lec.

“We’ve a clear night and obliging wind. I can tack to shore if north’s still our heading, easy as porridge. Mister Likki can man the nest. Would you be so kind as to call up Mister Dornas?”

“That reminds me!” Likki slapped his bare forehead and remembered the reason he’d come to the upper deck in the first place. “Jask want you downstairs!”

Kor’lec confirmed the aging cleric’s suspicions, that Monica was in fact suffering from the parasites. After a few moments’ discussion, it was agreed to use the party’s last disease curative on the archeologist. Meanwhile, Kishtari wanted to make a thorough search of the captain’s cabin, while Dornas headed topside to parley with Aerys. Kish’s nose for valuables proved as good as her insight into minds. In the captain’s quarters, the kalashtar located another elixir to purge disease, so the party had come out even. Though truthfully, Kish was really hoping to find a stash of chocolates. Unfortunately, the captain’s sweet truth seemed bafflingly limited to salty licorice! Gross!

The half-elf pirate pointed out to the magus that she’d noticed that he seemed quite at home on the decks of a ship, and Dornas admitted that he’d come from a family of shipwrights — which was about the only thing anyone had been able to get him to admit. Aerys went on to contend that the unarmed caravel would not fare well should its owner’s fleet come after them. As much as it pained her, they ought to ditch the vessel as soon as possible. Aerys’s idea was to make port at Senghor and call for Maragorn there. “Let him know we want to negotiate, and that we’re not to be trifled with.” Dornas said he’d chew it over. Meanwhile, Aerys and Dornas both agreed that the ship was in a deplorable shape. They needed to see if any of the smugglers would agree to serve, and a duty roster needed to be drawn up if they were to spend much more time at sea. Also, there had to be a chain of command. Dornas acceded the Shackles-bred woman’s captaincy in matters of ship and sail, and Aerys bowed to the Taldan’s will in matters otherwise.

Kor’lec returned to the crow’s nest as Dornas went back belowdecks. Dornas warned the druid in passing that they weren’t done talking about the whole “murdering the captain” thing that tipped off the group’s current predicament. After a few moments’ lookout, Kor’lec noticed a flash on the horizon. “Sail!” he proclaimed.

The Foul Side of the World

In the bilge, Tyst had been conducting a delicate tête-à-tête with the survivors of the Gull’s old crew when word from above came that Aerys needed some experienced hands. Quite deservedly, the crooks were locked up in the same cages that they kept chattel in when they were flying the slaver’s flag. The werebadger was in his charming and earnest halfling form, but that didn’t mitigate the sailors’ fear, nor the lycanthrope’s ferocity. When one of the smugglers yelled at another to refuse cooperating with “a monster,” the halfling casually grabbed his foot, peeled off a toe with a knife, and threw it to the rats. Henceforth, that man was known as “Nine-toes.” The others were dubbed—regardless of their real names—Farquaad, Ratty (for his conniving attempts to hike his own worth by throwing the others under an ox-cart), and Chris. Those four seemed quite eager to do whatever was asked to make it to shore alive, but the former First Mate, Bjorn, took on an imperious air. “We’ve a few things we’d like in exchange for our cooperation.”

Just as Kor’lec and Aerys were announcing that the ship turning to intercept them was Senghori navy, Kish and Dornas made a startling discovery. The bosun Frithoth had a collection of trophy heads hanging in his cabin, which might not have raised an eyebrow if they weren’t all humanoids—and all women. A gore soaked table and dishware stained with crimson evinced the bosun’s cannibalism, too. The grisly collection was mostly comprised of aquatic races that went unprotected in terrene societies, but there were a few humans mixed in. Kor’lec returned to the cargo deck when word reached him of the discovery, and the half-elf’s keen senses picked up on another of the Red Gull’s sinister secrets: behind a false panel was a living captive.

The sea elf was called Nineve, and was taken captive trying to locate and rescue a friend of his. Frithoth chained Nineve next to her and ate her over a period of days. Nineve admitted that if he hadn’t surprised his kidnapper by turning out to be male, he’d have shared his friend’s fate. As it was, the evil Frithoth threatened to eat him anyway if the Captain Sigurd’s plans to ransom him for shipwreck treasure didn’t pan out.

The party were in a predicament. The Senghori warship was getting closer and it was a near-certainty the Red Gull was known to the slavery-hating city-state. The Castaways had a hold full of captives whose story might paint a very different picture of recent events, a number of secrets to keep, and a just-discovered prisoner abused so horribly few could blame him if he weren’t too keen on cooperating with land-dwellers.

After a lengthy debate, it was finally agreed to reveal most of the truth to the Senghori. Dornas would join Aerys topside and use a simple colored light cantrip to communicate their plight—a common signalling code had developed amongst mariners that took advantage of the spell. Meanwhile, Kish and Tyst were tasked with finding out who among the Red Gull’s former crew were on board with their new masters—Kish’s telepathic abilities would detect any foul or disloyal intent. Kor’lec’s tender treatment of the sea elf resulted in Nineve’s promise to back up his rescuers’ claims, in exchange for getting him back home to his undersea town.

Dornas relayed Aery’s translation of the maritime code, sending the colored lights well up into the night, moving and recoloring them to say “hold fire, captive uprising, slavers defeated.” A similar light display shot up from the warship, which Aerys translated as “heave to, prepare for inspection.” Meanwhile, Tyst came to an accord with the Gull’s old crew, and even Bloody Bjorn seemed eager to cooperate with the inspection. Unfortunately for him, Kish read the dwarf’s treacherous plan to color the Castaways as the slavers!

“Kill him.” Kish said, flatly, pointing to Bjorn. A millisecond later, Tyst flicked a shuriken that cleft the First Mate’s thick skull. As the dwarf’s brains plopped out into the bilge, the other crew members swore in unison to do anything asked of them.

For the first time, the Castaways had to debrief and justify themselves to an authority beyond their own consciences (or lack thereof). They fared well. Their individual accounts of their adventures over the past few weeks drew gasps of amazement from the Senghori naval inspectors, but their versions of events were—more or less—believed. Perhaps the laws of the south were less stringent than those of the more tradition-bound north, or maybe it was because not for the first time in the world, a random assortment of nobodies banded together to achieve something noteworthy. In any case, the captain of the Senghori warship took stock of the testimonies and evidence, and promised to launch an investigation of Lord Maragorn’s operations in Senghor—provided he could get a live witness. Nineve graciously volunteered to go with the warship, allowing the Castaways to continue their quests without getting mired in legal procedures. Also, the Senghori captain congratulated them on their new ship!

And the fortune in dream shit (and dream silk) sitting in their cargo hold.

Port in a Storm

Mutiny on the Red Gull