Remember: A Paranoid is simply someone in possession of all the facts. 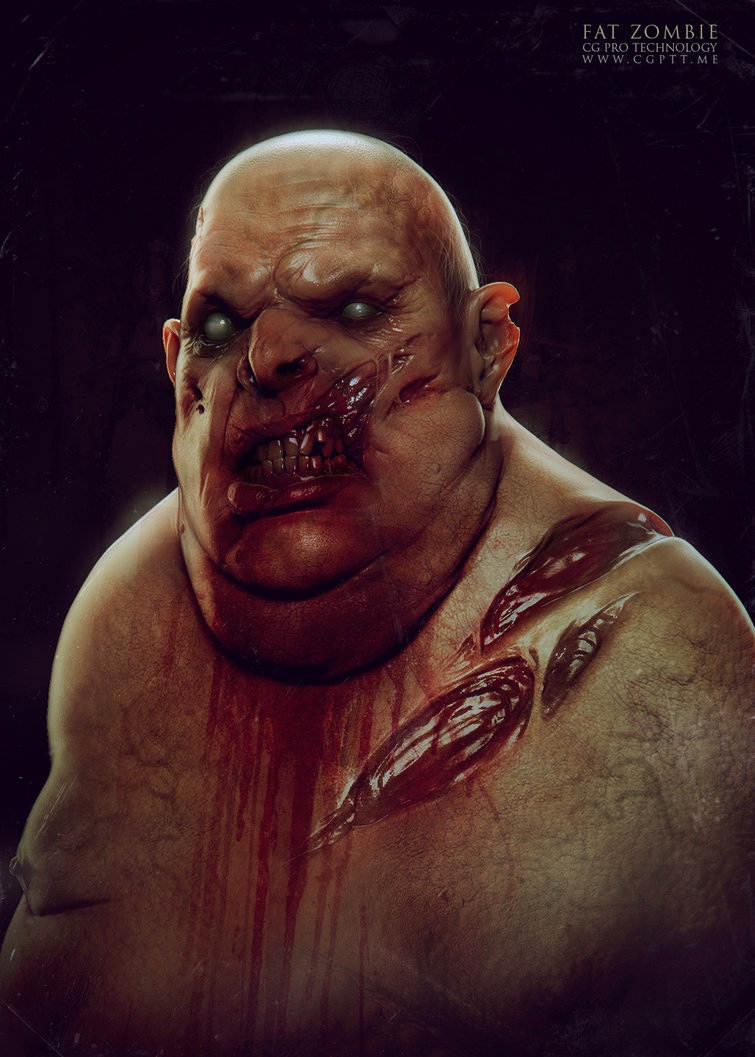 We left our heroes facing the podgy corpse of the Jenivere‘s mediocre cook, Rambar, who decided in undeath to expand his culinary skills to include humanoid flesh. But the only thing on the night’s menu would be Rambar himself!

Dornas reacted quickly by using a cantrip to shut the kitchen door, buying the party enough time to maneuver into advantageous positions within the constrictive halls of the aftcastle. As the zombie opened the door, who should appear to do battle but Nemanji! He quickly assessed the situation and chided “I told you boat no good!” 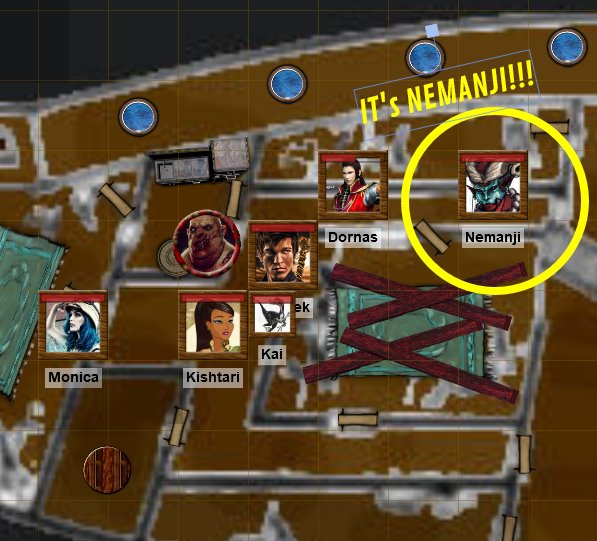 Apparently the late hour had the demon-spawn worried enough to come to the aid of friends. And just in time too, to see the velociraptor Kai leap out from Kor’lec’s makeshift papoose and proceed to tear the dead chef several new orifices. While everyone moved to surround and assail Rambar, Kai was just a cyclone of teeth and claws and the zombie quickly collapsed in a heap of shredded flesh.

Though an autopsy was difficult considering the damage his dinosaur had done, Kor’lec concluded that the chef was killed by the fangs of a very large snake.

Kishtari recalled a moment from her childhood, when her mother explained to her that the ability to take someone’s free will also enabled the psion to experience the senses of the thrall wherever they might be. With Kai awake and seemingly acting normal, the kalashtar had to explain her fears to the animal’s master with a heavy heart. The druid did not take the news well.

Kor’lec at first disbelieved his old friend, but scrutinizing his pet’s behavior proved to him Kishtari spoke the truth. Something seemed off about Kai. The half-elf was even more alarmed when Kish had to explain the hold on the little dinosaur’s mind could be endlessly reestablished from any distance, and that only a formidable psionic could effect animals.

Monica suggested that divine magic might be able to suppress or cancel the effect, and thoughts turned to Jask. In the meantime, the team agreed to watch what they did and said around Kai.

Back to the Beach

Great waves smashing against the Jenivere threatened to take her to pieces over the heroes’ heads. They grabbed what supplies they could from the kitchen, and salvaged some more essentials from the holed storeroom they came in. Tossed by the whorls, the galleon’s barely seaworthy jolly boat happened to float by just as the heroes were wondering how to get safely ashore. The presence of bloodstains on the inside of the hull was pointed out by the astute, and the heroes imagined that the small craft might have been the one used to ferry their unconscious bodies to the beach where they awoke. The desperate explorers boarded the flooded rowboat and used their staffs to pole it near enough to dry land to unload themselves and their supplies, just before the rocky surf finally took it completely apart. Behind them, the mighty Jenivere groaned her last, and behind a curtain of sea spray, buried herself and whatever treasure she might’ve still had in Besmara ’s Chest.

Once back, the adventurous castaways were able to release Jask and return to the others their gear. Gelik took the opportunity to graciously flirt with Monica, and when the Taldan archeologist reciprocated, the gnome swooned like a schoolboy. Aerys took her bow back and was pleased with the recovery of her poems, and if the half-elf was aggravated that the heroes didn’t recover anything from the galleon’s rum stores, she barely showed it. Sasha had a maniacal glint in her eyes when her blades were returned, and asked if any of them had seen the green-cloaked halfling. Though none had, Kishtari took the opportunity to inquire about the human girl’s fears. Sasha quickly turned defensive, and accused the kalashtar of not knowing what it was like to be hunted. After the moody teenager stomped off, an affronted Kish psionically knocked her out.

But none could be happier than Jask, whose release from the irons meant he was truly free. The old Garundi pledged his gratitude, and reverently kissed his holy symbol when it was placed back in his hand. After relaying the story of his incrimination, Jask offered to provide whatever help he could to the explorers. Kor’lec—barely holding it together—practically bit the priest’s head off in asking if he could free his animal companion’s mind. Jask admitted he could but only temporarily—their enemy’s control would resume after a few seconds. Once again, the druid cursed Ieana’s name and swore to end her.

And because things just weren’t bad enough, Nemanji chose a dramatically grave moment to reveal something he found earlier scouting out the nearby bush and dropped a maggoty carcass into his companions’ midst. The body was a small, tailed, green- and brown-splotched goblinoid—quite dead and drained of blood. Dornas quickly quelled the notion that the goblin was victim of a vampire, as there was no sign of necrotic energy. Unfortunately, that didn’t rule out many other kinds of terrible bloodsucking monsters.

Not knowing who or what rescued them or why, Ieana’s psionic shenanigans, a nearby goblin presence, and a mysterious vampire-like predator—all or any of these factors attested that it was time to move elsewhere. It was already very late in the evening when the castaways arrived at a shallow seaside abri they had passed earlier on the way to the Jenivere. There, Kor’lec and Nemanji lead the others to building a secure campsite—the tarp and lumber they recovered from the shipwreck were made into lean-tos while the grotto provided additional protection from the elements and hid their campfire. When it came time to determine how everyone would help contribute, Jask said he was a healer and a fair fisher. Gelic remarked he also knew some healing charms and would be happy to keep morale up with his gift for comedy. Aerys, though shaky from withdrawal, dourly countered that should they tire of the gnome’s humor, she had a way with words when inspiration struck. Failing that, the half-elf had a right uppercut that struck like a warmace and was itching to crack open a skull.

Sasha reacted with derision when Nemanji offered to teach her survival skills. When Kish called her on her rudeness, the fiery young girl casually tossed her kukri behind her, impaling a bat. Sasha said she knew full well how to hunt and set traps. She remarked her childhood wasn’t normal, and that’s when Sasha revealed her Red Mantis tattoo. If Nemanji was surprised or insulted by the young lady’s attitude, he didn’t show it. When the tiefling requested Sasha take watch with him, she quietly assented.

…And It Ain’t No Man

It would be nice to say at this point the rest of the night, short on hours as it remained, passed without incident. But Kor’lec was disturbed by a dream involving snakes in everyone’s soup back at the Jenivere mess. And Nemanji was even more disturbed by a pair of red eyes he saw in the upper branches of a cluster of banyans just beyond his night vision. When he moved closer, the eyes vanished to the sound of flapping wings. 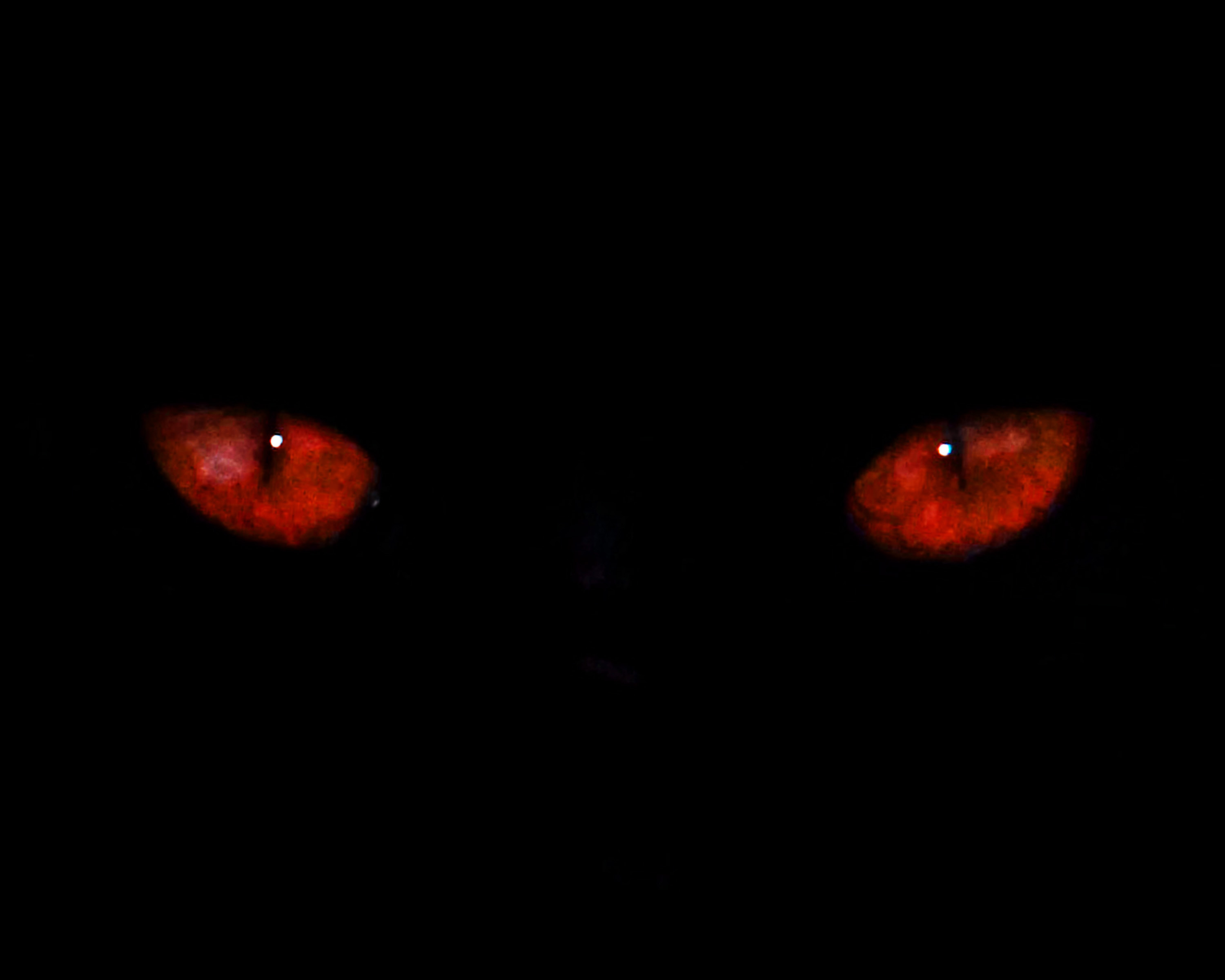 What he found instead was a dead goat, drained of blood, just like the monkey goblin. Bringing it back to camp, he threw it down and scared everyone awake. “Can you go half a bloody day without dropping something dead on us?” complained Aerys.